In the last week I continued my efforts to streamline my open source libraries, and released a new version of Orson Charts (a 3D chart library for the Java platform). I moved the JavaFX support into a separate project Orson Charts FX, transferred the demo code into separate projects and removed Ant build support (leaving just the Maven-based builds).

Here is a screenshot from the JavaFX demo application (which you can find in the JFree FX Demos project): 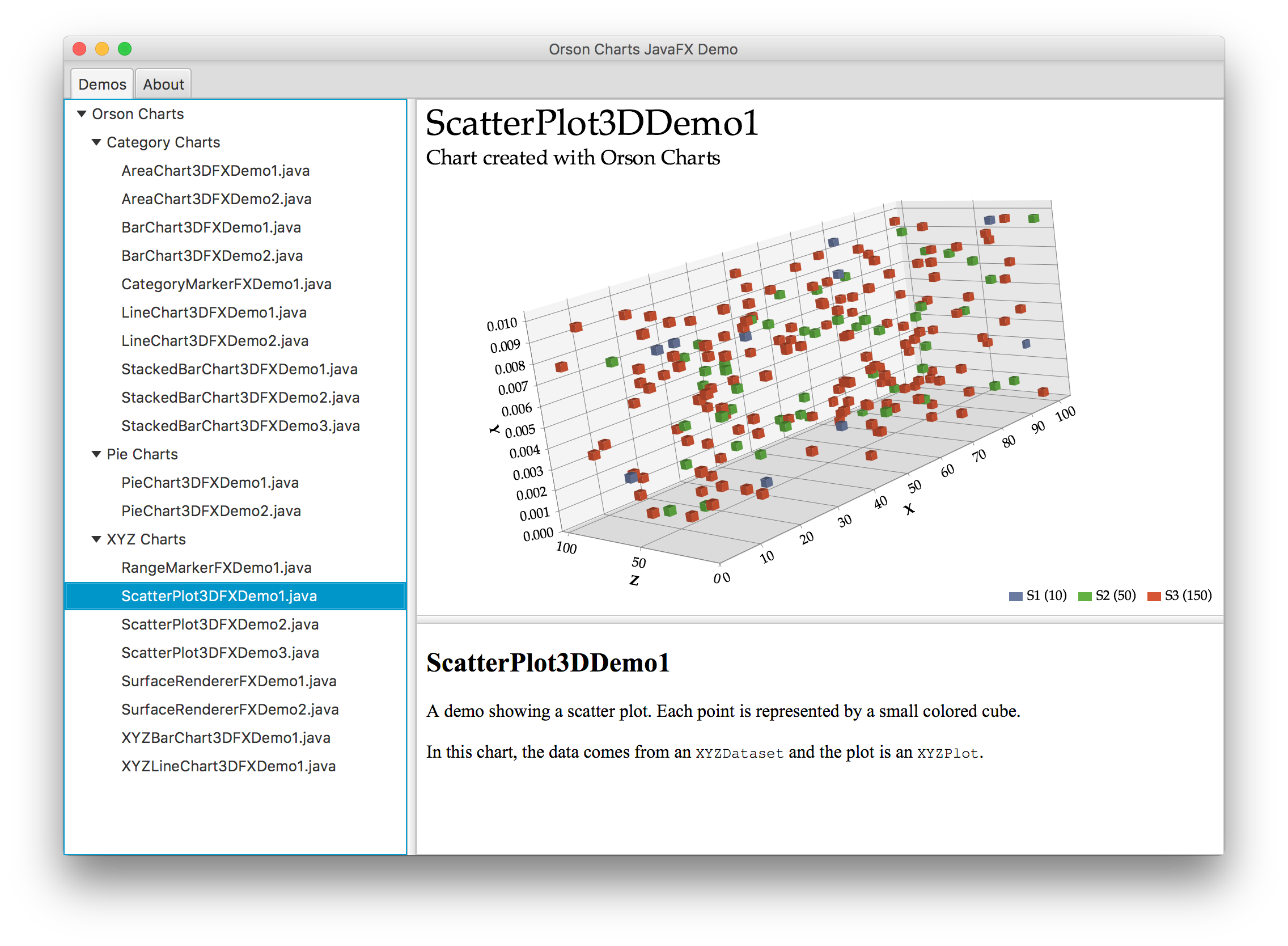 Also included in the release are a few bug fixes - here are the notes from the README.md file:

Finally, if you are interested in running the demo code locally but don’t want to check out the demo project from GitHub, you can easily download the demo file and run it with: